On 8 June 20 PAHS members gathered in The Square to hear our guide, Bill Gosney, briefly outline the history of Petersfield’s Victorian period. He explained how several important families dominated the area, described the layout of The Square 150 years ago and the redevelopment of Chapel Street in 1868.

We turned up Nine Post Lane (Windsor Road today) and heard the story of St Andrew’s chantry chapel from its days as an outpost of Durford Abbey. From there, we turned along Station Road and heard the histories of the Methodist and Catholic Churches and their congregations.

We then crossed the railway footbridge and learnt about ‘The Middy’ - the Midhurst rail service that ran until 1955. Next we heard the story of Amey’s Brewery. Borough Hill recreation ground was just around the corner and Bill explained how it had once been a sandpit to provide building materials for the town. We returned to The Square, past the site of the old Cottage Hospital, up the footpath next to the site of the Victorian school and Courthouse, finishing at the Police Station, which was built in 1858. 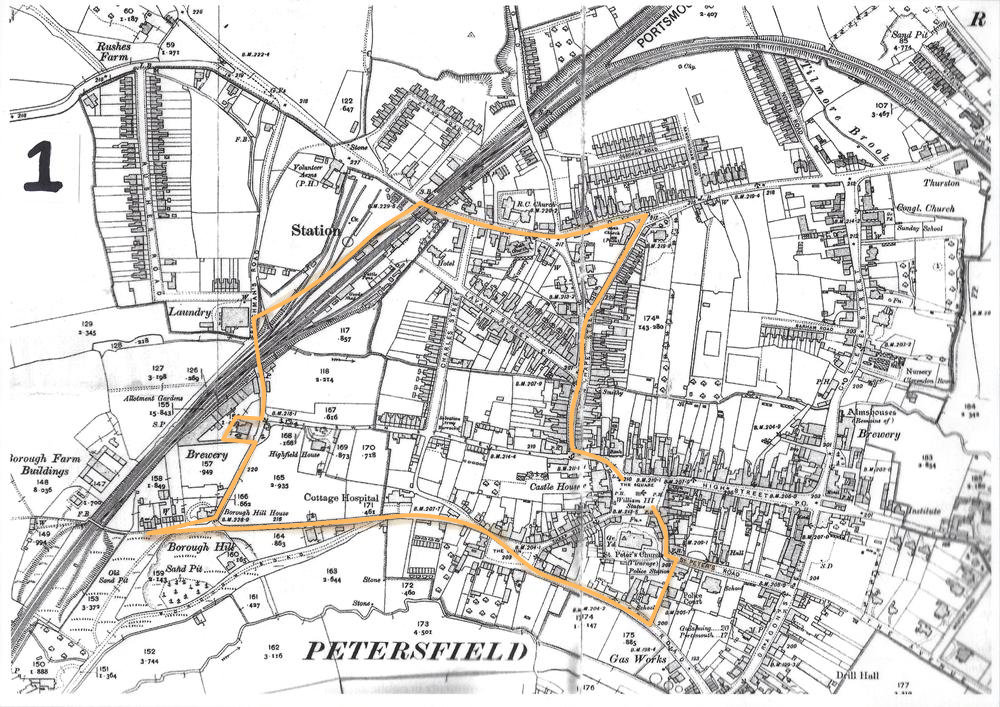