Photographs provide excellent historical records and Petersfield is fortunate that the Museum now has more than 115,000. This wonderful collection was started by the Petersfield Area Historical Society and then passed to the museum when it was founded in the 1990s. It then received a huge boost in 2016 when local press photographer, Don Eades passed his collection of negatives, taken between 1962 and 1987, to the museum. These photographs from the past are now hugely popular with the public.

To build on this our Society instigated a project in 2015 to photograph all the buildings in Petersfield’s historic core of. In a period of five months over 1100 photographs were taken from the street covering buildings, sometimes from several angles.

A great feature of the collection is that when a building is altered it provides a reference to show before and after, some of which have been shown on this website over the last few years.

Whilst some changes have resulted in complete redevelopments, a more subtle change is now taking place as retail shops that have closed for the final time are being converted for residential use. This can be seen at No 15 Sheep Street where the once popular fish and chip shop has now become residential.

Older residents can remember fish and chips being sold from this building as early as the 1950s when it was called Bellows. Subsequent owners were Nicky’s and Sea and Spud.

The adjacent building, No 17, has also been changed from retail to residential. For a significant period of time it was a grocery shop known as Galway’s in the 1950s and then as Shirley’s from 1969. 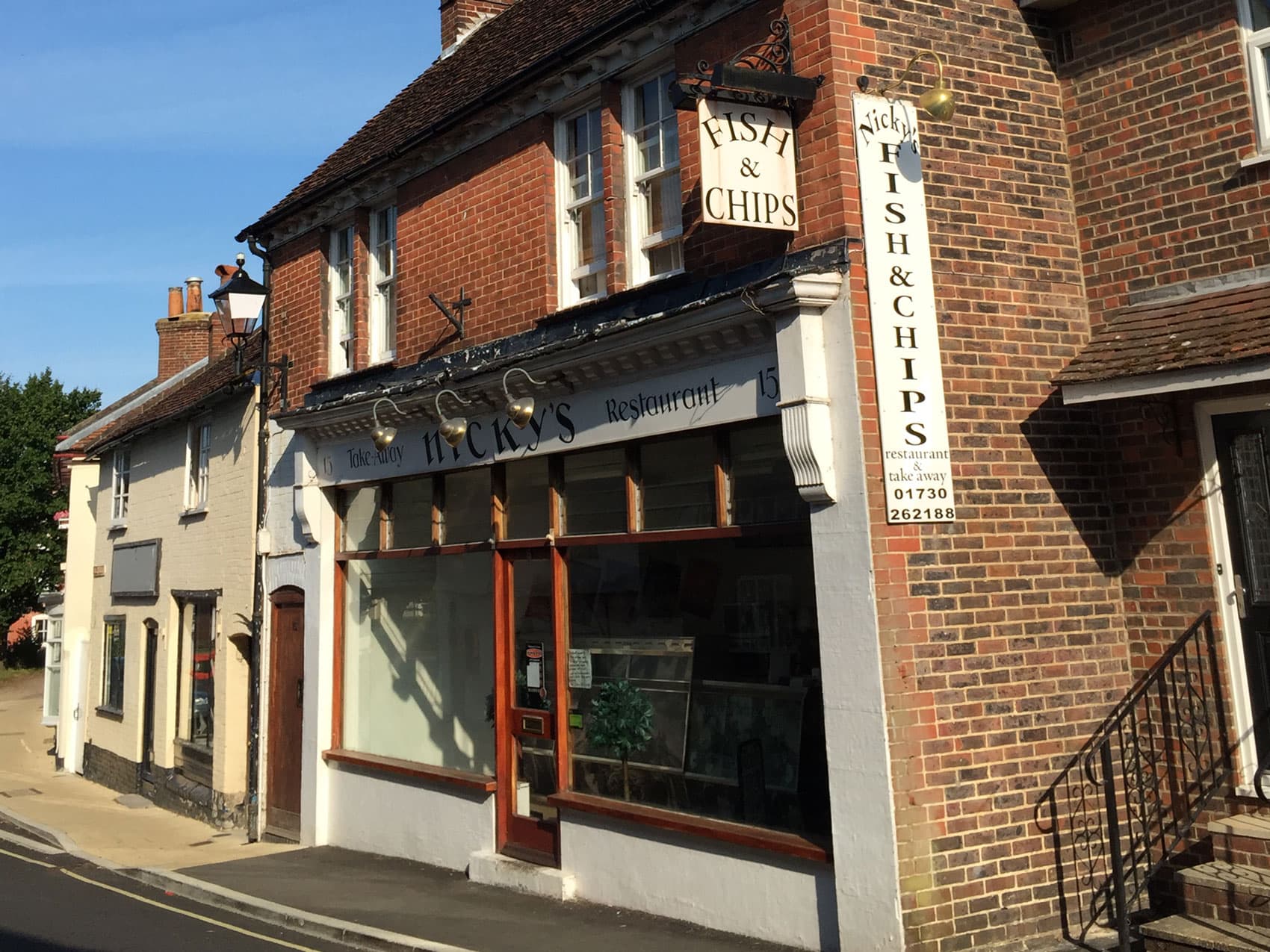 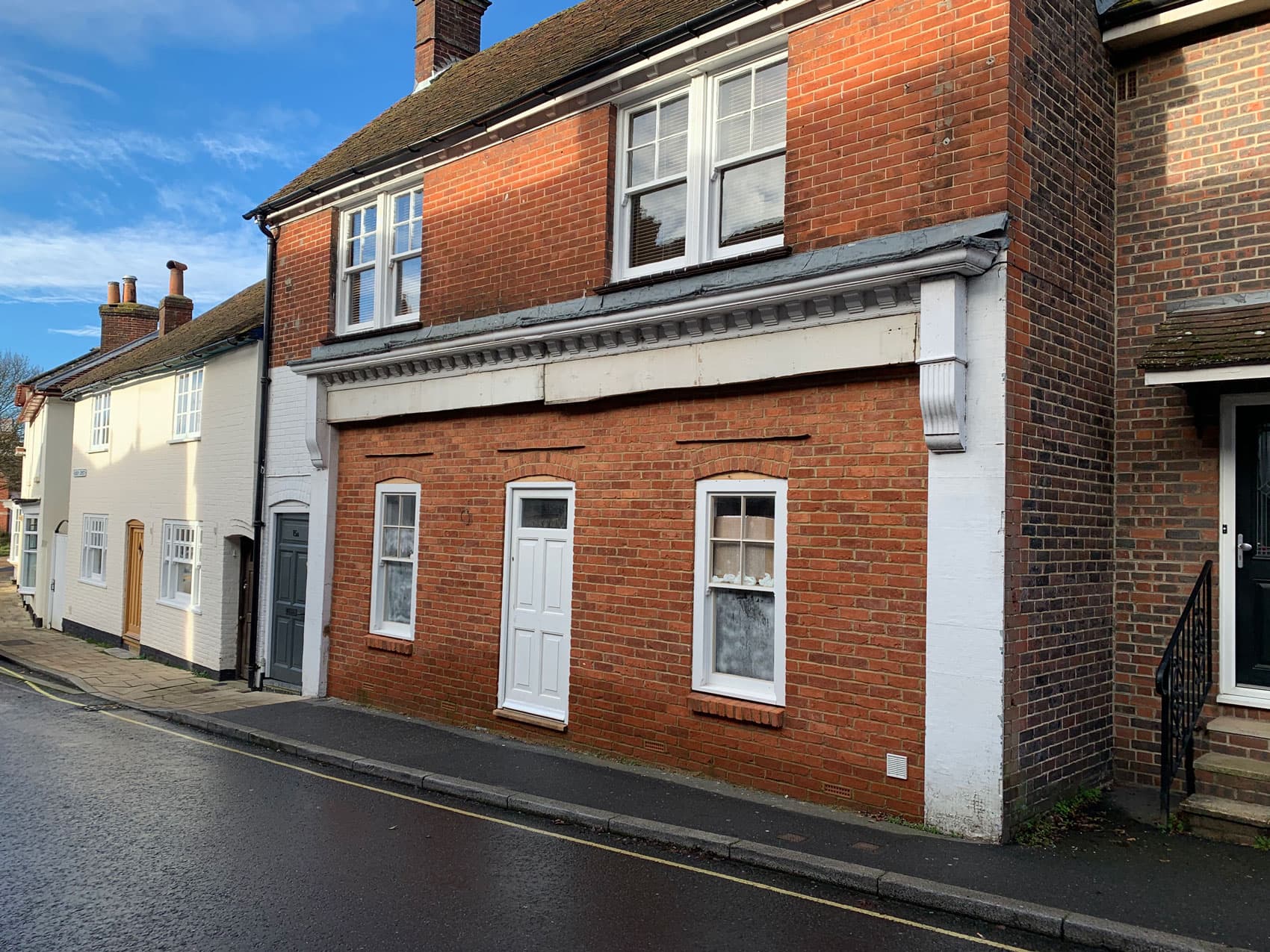 No 15 Sheep Street as residential premises in January 2021. Note that No 17 beyond is also now residential.