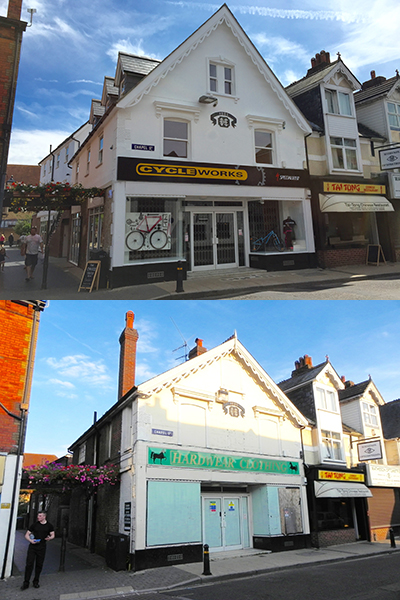 In late 2014, we announced that the Society would begin to photograph the buildings within the historic core of the town, creating a record that could be used in future years by researchers and those wishing to chart alterations to buildings.

Initially, with light conditions being very important, we were hindered due to overcast and wet days. The project eventually started in late June and has continued throughout the summer. We now have over 600 photographs showing individual buildings, groups of buildings and where possible, the rear of the buildings and specific architectural details.

The project will continue during the autumn and, if necessary, restart again in the spring. In the meantime, we are recording details of the property on each photograph.

The value of the project cannot be better illustrated than 32, Chapel Street, which during the past year has seen a dramatic transformation. Fortunately this building was photographed from the front elevation just before refurbishment commenced and another photograph was taken on the day it opened as Owen’s Cycles, with six flats above and a small retail unit in Bakery Lane.