Continued Support for the Museum

Before Petersfield Museum opened, Petersfield was one of the few towns in Hampshire without a museum. It was in 1990 that Wilf Burnham, chairman of the Petersfield Area Historical Society, decided “we are going to have a museum”.

Petersfield Museum Trust was formed in 1994 to promote the idea of a museum with several of the trustees coming from the Historical Society. They were delighted when, on the 28 June 1998, they took over the recently vacated courthouse building for use as a museum, which opened for just one and a half days a week and was run entirely by volunteers. At this time, the Society’s collection of objects and artefacts was transferred and formed the core of the new museum.

Much has changed in the last twenty years, thanks mainly to a hugely generous legacy. With a full-time curatorial team and new collections, the museum has continued to prosper, culminating with the purchase of the police station in the autumn of 2016. This provides the catalyst for the planned £2.8 million expansion to link it with the adjoining courthouse.

At our recent AGM, our members unanimously voted to provide £6000 of funding towards the specific purchase of a display case and what better item to display in it than the recently excavated Bronze Age urn, discovered during the current archaeological excavations of the barrows on Petersfield Heath.

It is reassuring to know that the Historical Society’s connection to the museum prospers and Society founder member, Jean Gard and Jill Walker paid a behind-the-scenes visit to the museum in early May to see how the items that they had helped to collect and record more than a quarter of a century ago are still playing a part in the life of the museum. 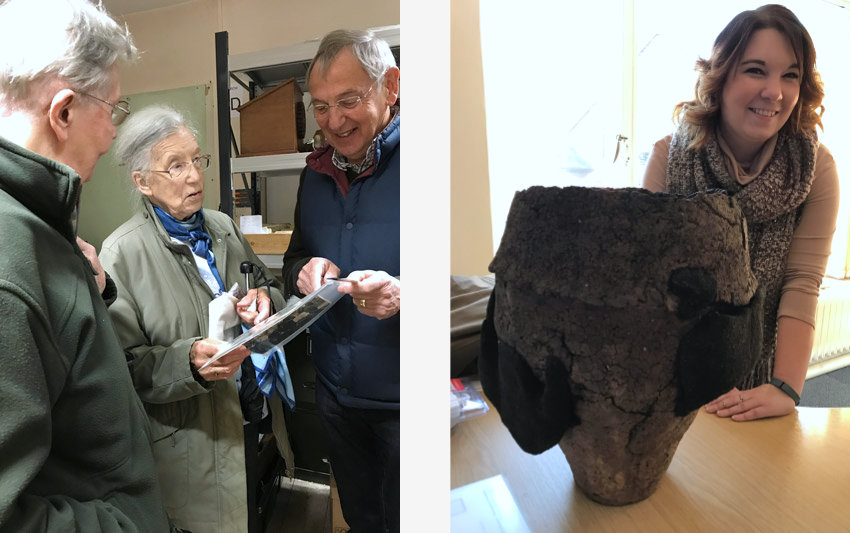