The Society has produced a twice-yearly bulletin since the Society began in 1973. The bulletins contain a wealth of knowledge about the history of Petersfield and its surrounding area and serve as a well of information for today’s historical researchers.

The current year’s bulletins are available to members only. Previous bulletins can be found at the Petersfield Museum, Petersfield Library and Hampshire Records Office.

During the period of Covid-19 from September 2020 to June 2021, monthly newsletters were produced containing predominantly local history articles written by members and distributed by email, which we hope you enjoyed reading. Copies can be found at Petersfield Museum.

The most recent books written in the name of the Society or by one of its members are: 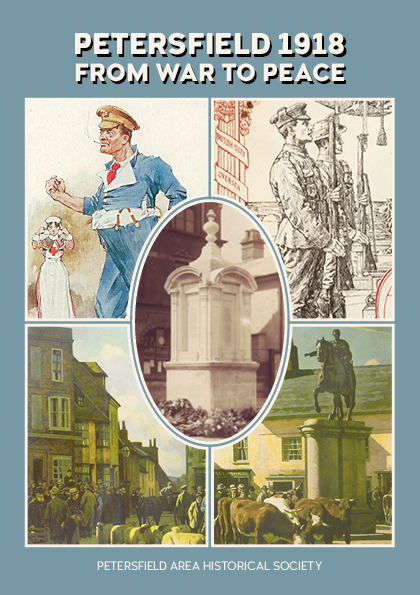 Petersfield 1918 From War To Peace
Published November 2018 by Petersfield Area Historical Society
Editors: David Jeffery (Coordinating), Ann Brooks, Nick Swan
This 40-page booklet comprises twenty-four articles written by members and friends of the society which describe how, after four long years of war, our town faced up to a new world. Most areas of the town's life at that time are covered and it is designed to appeal to anyone with a general interest in the town's history. We hope it is a fitting tribute to all those who lived through those terrible times. 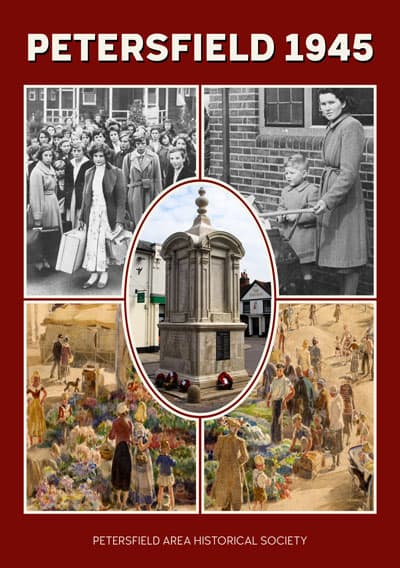 Petersfield 1945
Published March 2020 by Petersfield Area Historical Society
To remember the 75th anniversary of Victory in Europe in 1945, the Society published another 40-page booklet, as part of the town’s commemorations on 8th May 2020. The contents also include contributions from representatives of Buriton, Sheet, Steep and Stroud.

The booklet contains a range of articles, written by members and friends of the Society, describing how after six long years of war our town and surrounding villages again faced the future with confidence. 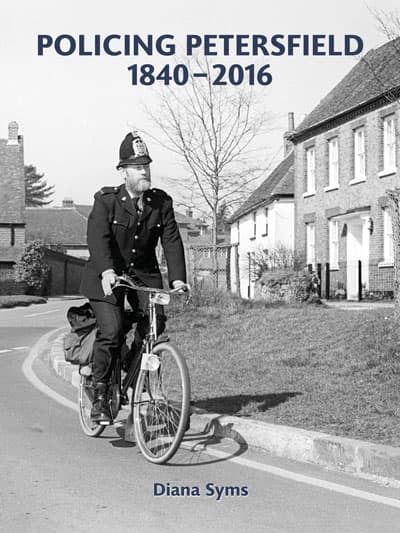 Policing Petersfield 1840–2016
by Diana Syms
Published 2019 by Petersfield Museum
Formed in 1840 as one of the original nine divisions of the newly created Hampshire Constabulary, Petersfield had a police presence in the town centre until the closure of the police station in September 2016.

Beautifully illustrated with maps and over 140 photographs, Policing Petersfield 1840-2016 provides an important social history of the town from mid-Victorian times. 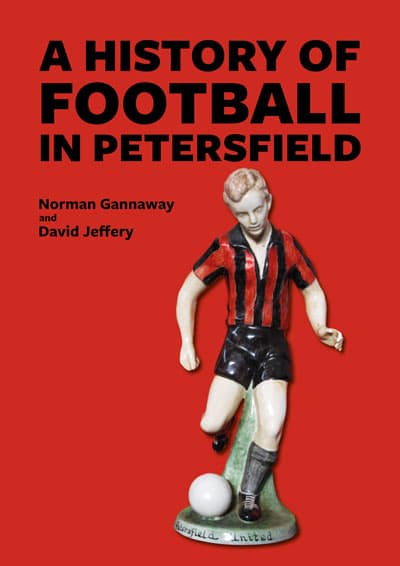 This book combines a season by season account of Petersfield’s footballing history since the 1880s and an overview of the individuals, the teams and their circumstances as they have influenced – and been influenced by – the town itself. 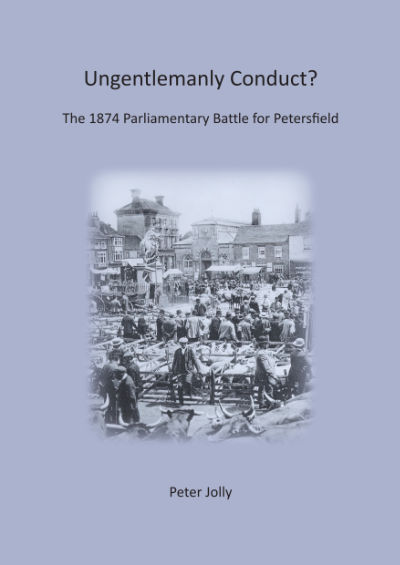 Ungentlemanly Conduct? The 1874 Parliamentary Battle for Petersfield
by Peter Jolly
Published June 2021 by Petersfield Museum
The story of the challenge to the result of the 1874 General Election for the parliamentary constituency of Petersfield on the grounds of bribery and undue influence. The five days of hearing in the local Corn Exchange conducted by Mr. Justice Mellor offer a revealing insight into mid-Victorian life in the area.